The Be Resilient South Africa project implemented by the UNESCO Regional Office for Southern Africa is focused on exploring the effects of climate change adaptation in Biosphere Reserves (BRs) in South Africa. The project addresses priorities that were identified both in Phase VIII of the International Hydrological Programme (IHP), as well as in the Strategic Objectives for 2015-2025 of the Man and the Biosphere Programme (MAB). The project also builds further on the foundation laid by the FUSTsmall-scale activity ‘Needs assessment for Climate Services for improved Water Resources Management in vulnerable regions to Southern Africa’ (SSA AFRICA), which serves as a baseline analysis for this project.

Four Biosphere Reserves were selected – Kruger to Canyon, Vhembe, Marico, and Cape Winelands – as pilot projects toward climate change adaptation so that the findings can be scaled up and applied to the country more effectively. The project proposed three lines of actions with associated outcomes:

A Climate Change Impacts Assessment for 15 Biosphere Reserves in Southern Africa was reported by KU Leuven, conclude a set of potential risks related to the changes of future climate. The study was performed as case studies in selected regions to develop detailed Disaster Risk Reduction tools. In some BRs, CRIDA has been piloted through stakeholders engagement process. Furthermore, flood and drought monitoring tools are being developed for selected BRs. Gaps in monitoring, assessing and management were identified along with the capacity building to ensure effective implementation in the future. 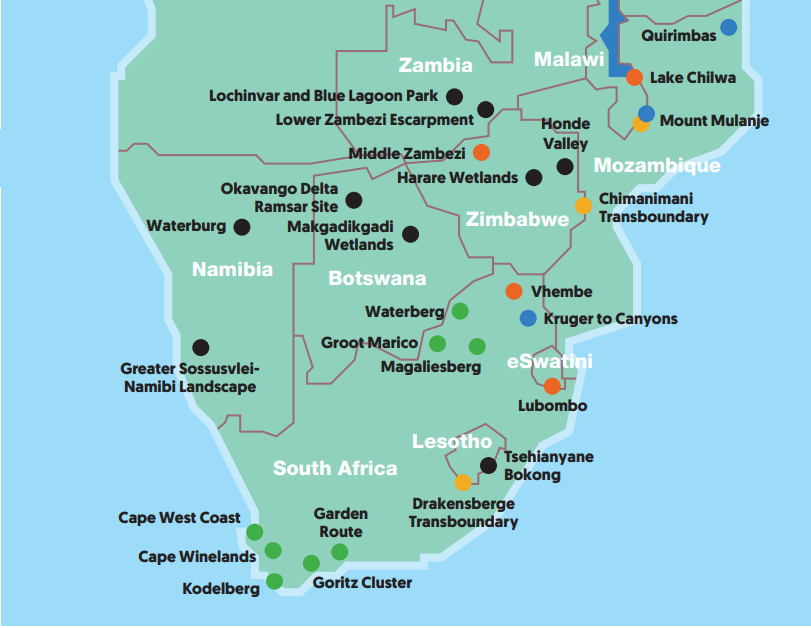 The small-scale project “Needs assessment for Climate Services for improved Water Resources Management in vulnerable regions to Southern Africa” (SSA AFRICA), funded by the Flemish UNESCO Trust Fund (FUST) in 2021, has been a critical element in the resource mobilisation strategy of the UNESCO Regional Office for Southern Africa to allow putting a baseline for further project development. The SSA had two main objectives:

Be-resilient was one of the three project proposals developed based on the assessment of needs and gaps in climate data, information, and policy processes in the Zambezi River Basin. The project was successfully submitted before the conclusion of SSA AFRICA and approved in 2020.